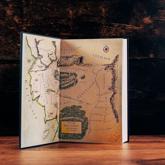 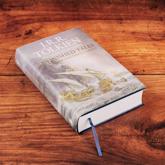 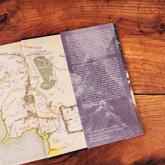 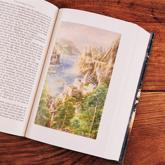 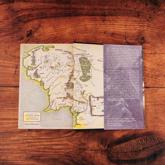 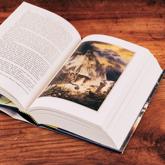 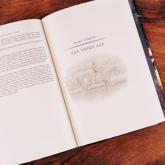 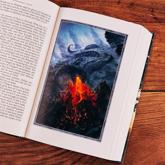 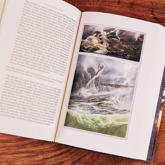 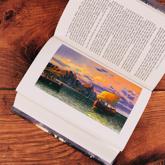 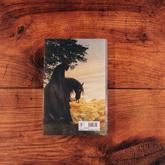 To celebrate its 40th anniversary, the first ever illustrated edition of this collection of tales which takes readers further into the stories told in The Hobbit, The Lord of the Rings and The Silmarillion, featuring 18 full-colour paintings depicting scenes from the First, Second and Third Ages of Middle-earth.

Unfinished Tales is a collection of narratives ranging in time from the Elder Days of Middle-earth to the end of the War of the Ring, and provides those who have read The Hobbit and The Lord of the Rings with a whole collection of background and new stories.

The book concentrates on the realm of Middle-earth and comprises such elements as The Quest of Erebor, Gandalf's lively account of how it was that he came to send the Dwarves to the celebrated party at Bag-End; the emergence of the sea-god Ulmo before the eyes of Tuor on the coast of Beleriand; and an exact description of the military organization of the Riders of Rohan.

Unfinished Tales also contains the only story about the long ages of Númenor before its downfall, and all that is known about such matters as the Five Wizards, the Palantìri and the legend of Amroth. The tales were edited by Christopher Tolkien, who provides a short commentary on each story, helping the reader to fill in the gaps and put each story into the context of the rest of his father's writings.

In celebration of its 40th anniversary, this new edition features 18 stunning paintings from critically acclaimed Tolkien artists, Alan Lee, John Howe & Ted Nasmith, which reveal the three Ages of Middle-earth like never before.

With a heritage stretching back nearly 200 years, HarperCollins is one of the world's foremost English-language publishers, offering the best quality content right across the spectrum, from cutting-edge contemporary fiction to digital hymnbooks and pretty much everything in between. In the UK, the Glasgow-based William Collins & Sons was founded in 1819 and published a range of bibles, atlases and dictionaries, later including classic authors HG Wells, Agatha Christie, JRR Tolkien and CS Lewis. The original Harper Brothers Company was established in New York City in 1817 and over the years published the works of Mark Twain, the Bronte Sisters, Thackeray, Dickens, John F Kennedy and Martin Luther King Jr. In 1987, Harper & Row, as it had then become, was acquired by News Corporation. The worldwide group was formed following News Corp's 1990 acquisition of William Collins & Sons. Today we publish some of the world's foremost authors, from Nobel prize-winners to worldwide bestsellers recent successes including the Booker-winning Wolf Hall and Bring Up The Bodies by Hilary Mantel, and George RR Martin's blockbusting A Song of Ice and Fire series.

The Private Memoirs and Confess...

Before the Coffee Gets Cold

Before the Coffee Gets Cold